Eshi Otawara has become well known for her 'art' which is probably a more appropriate term to call her creations than 'outfits.' Her most recent release is one call 'POPI' which takes its theme from poppy flowers.

The garment is basically white with poppy flowers forming a design as well as a pattern on the bodice area of the outfit and also a very big hat that comes with the outfit. The hat is a huge poppy flower itself with over-sized hat pins added as accents.

The outfit also comes with a choker that is shown here and also a ring that is a bumble bee which I thought was so cute. So when the avatar moves the hand, it looks like a bumble bee is flying around a field of poppy flowers.

There is really very little you can add to this without distorting its balance. Here I wore a relatively plain pair of white shoes and also a hair that was a tight updo so as not to take away from this lovely hat. 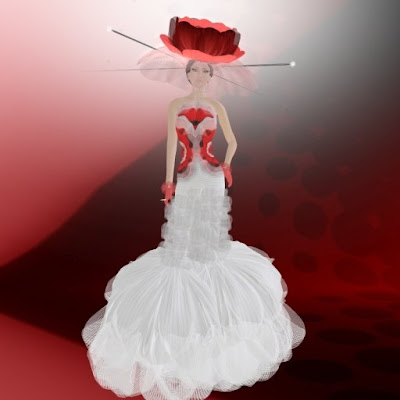 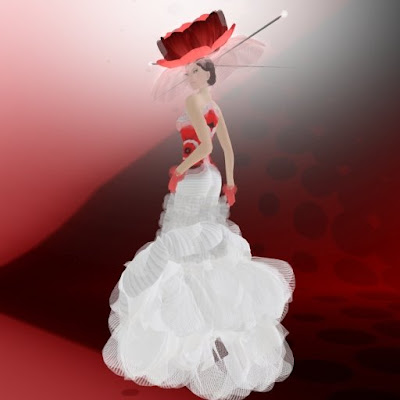 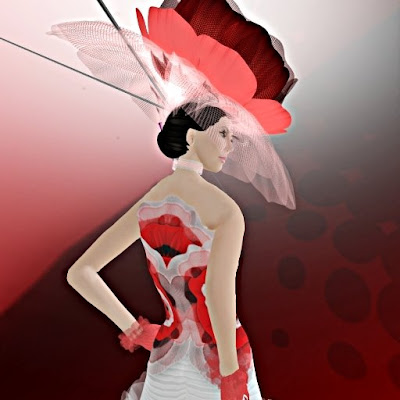 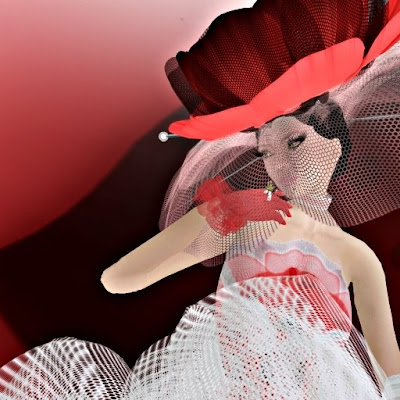 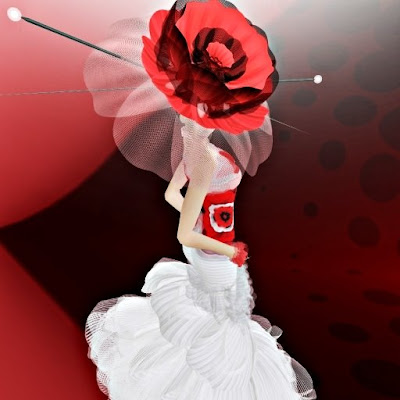 This was an outfit that I had a lot of fun taking pictures as the outfit itself was almost like a sculpture. So I added a few fun shots I took also. 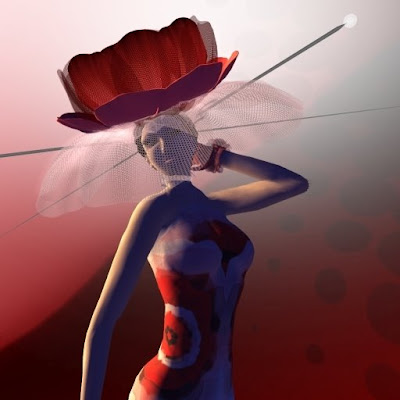 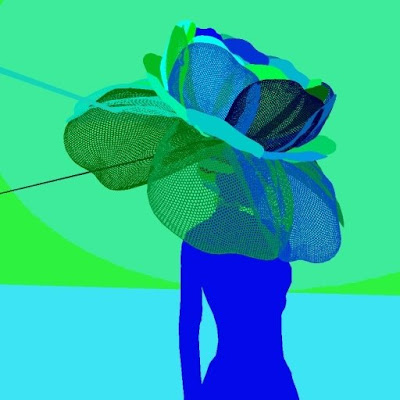 Written and modeled by Kay Fairey, model and writer for the Best of SL Magazine and Runway Magazine.
投稿者 Kay Fairey